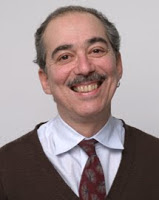 
Last night I saw Get Out, an amazing “horror” movie about race in America. Get Out pairs nicely with Raoul Peck’s “I Am Not Your Negro,” because Peck’s movie ends with Baldwin saying, “What white people have to do is try and find out in their own hearts why it was necessary to have a ‘nigger’ in the first place, because I’m not a nigger, I’m a man. But if you think I’m a nigger, it means you need him. The question you’ve got to ask yourself.....is, if you invented him, you the white people invented him, then you’ve got to find out why. And the future of the country depends on that, whether or not it is able to ask that question.”

So Baldwin’s question is, who is the monster here, really? The horror genre in movies typically expresses white fear of blackness, and typically punishes those who cross Puritan norms of sexual propriety. White audiences experience the thrill of transgression, and then enjoy its punishment. But in Get Out the horror derives from, is inescapably tied to, whiteness. The white characters in the movie perform enlightened racial attitudes, but they are vampirish, committed to an operation that sucks the life out of, and controls, black bodies, by literally removing black brains and suppressing black agency. (Jordan Peele has said he was inspired by The Stepford Wives as a model.) The souls of black folk, hidden inside these occupied and docile bodies, try to warn our hero to “get out” before it is too late. There is much more to say here, but the horror is the whites and their obsession with black bodies, and the audience is drawn to identify with the black hero, and his struggle to escape the clutches of his white tormenters. He is not a Jeremiah Wright; but is the Obama era black man. The horror begins because he trusts his white girlfriend, who is the lure to draw him to his destruction. It is as if the Obama era romance -to “get out” of race, embodied in symbols of mixing- is here exposed as a fantasy that enables horror. 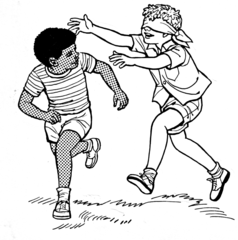 When I saw the film at BAM the other night, the crowd was truly mixed in a way unusual for that theater, and I could hear whites readily identifying with the black hero and embracing his positionality toward the white characters. The construction of the film at once displayed and reversed the white gaze, but I wondered: did whites in the audience imagine themselves as exceptions, as exempt from the portrait of whiteness in the movie? When we were laughing at the fabulous humor, and when we felt terror at white predation, did we divide ourselves from whiteness by a kind of self-protective knowingness? Is that division exactly how Obama era politics could proceed while leaving the deep structure of white supremacy intact? The movie seems a fitting epitaph to the Obama era, when white supremacy acquired a veil, now dismissed as mere political correctness. All the more necessary, then, to see this film, whose central horror remains powerful and pointed: as Ishmael saw, the horror is whiteness, which absorbs all color and vitality into blankness and creates living (walking) dead. The irony Baldwin saw is indeed horrific: these people who call themselves white, who do so by making monsters to envy and consume, are themselves the horror. 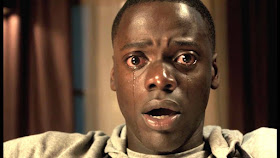 Richard Wright’s “How Bigger Was Born,” composed in March 1940, ends with an incredible final paragraph about the meaning of horror in America. “I feel that I’m lucky to be alive to write novels today,” the paragraph begins. Why? After all, he notes, Henry James and Nathaniel Hawthorne had “complained bitterly about the bleakness and flatness of the American scene,” and it is “true” that “we have only a money-grubbing, industrial civilization.” So what is good for a writer and for him as a writer? “We do have in the Negro the embodiment of a past tragic enough to appease the spiritual hunger even of a James; and we have in the oppression of the Negro a shadow athwart our national life dense and heavy enough to satisfy the gloomy broodings even of a Hawthorne” -whose insight into human depravity Melville called a “blackness ten times black.” So Wright concludes: “And if Poe were alive, he would not have to invent horror; horror would invent him.” In Playing in the Dark, fifty years after Wright, Morrison says that horror did indeed invent Poe, in the sense that his work is inconceivable without the absent “Africanist” presence to organize stories of fear, fascination, and death. So the source of “life” in American fiction is indeed condensed in the “horror” (thus also fascinated attraction and use) associated with the black body in the white imagination, which mediates every aesthetic and political issue. 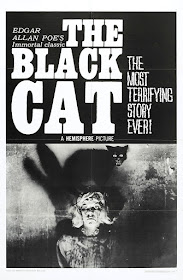 One could say that in Native Son Wright himself tried to write a horror story about Bigger, as if to embody the white nightmare in a way that exposes the nightmare of whiteness. But Baldwin objected that Wright had inverted Harriet Beecher Stowe, retaining a metaphysically anchored blackness- as-damnation, and so retaining a “melodramatic” structure of evil and redemption. Wright thus remained trapped within the white nightmare of blackness, and failed to escape the nightmare of whiteness. Baldwin proposed a different kind of novel, that would express the richness of a black life not reduced to its relation to whites and whiteness. Baldwin suggested that would involve a “tragic” view of American history, plotted as novelized tragedy, or voiced in prophetic speech. But brilliant as Baldwin was, the claim of Get Out is compelling. Nothing short of Horror will do.

The question of how to represent that “shadow athwart our national life,” a shadow falling across and so uncannily entwining both black and white lives, remains our most important aesthetic and political question. In contrast to writers like Hurston and Morrison, or to a great film like Moonlight, which focus on black life, not whiteness, the gift of Get Out is that its humor about the absurdities of race, and its playfulness with Hollywood genres of horror and thriller, displays the possibility of facing - exposing - this horror in ways that cross racial lines, and by evoking affects other than self-righteous reproach and guilt. But the question remains whether this movie can - what act, event, or artifact possibly could - undo the knowingness by which Obama-era whites protect themselves from their implication in the horror, the horror. “I would vote for him a third time” says one heinous character in the film. And he would. 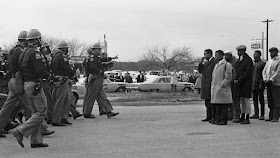